The value of bitcoin, which hit a record high of $69,000 in November, has decreased by more than half this year.

Early on June 22, major cryptocurrencies were trading down as the market valuation of all cryptocurrencies fell by 0.67 percent to $901.59 billion in the previous 24 hours. However, the total volume of the crypto market fell 2.34 percent to $70.50 billion during that time.

With a 43.35 percent market share, Bitcoin was trading at about Rs 16.80 lakh. According to data from Coin Market Cap, this represented a daily decline of 0.10 percent.

The US Federal Reserve’s actions are causing the markets to brace for an environment with rising interest rates. Higher rates have the potential to reduce inflation, but they also run the danger of weakening the economy and starting a recession. Additionally, they frequently cause stock, cryptocurrency, and other investment prices to decline. The Federal Reserve raised its benchmark short-term interest rate by three times the average amount last week, marking the highest increase since 1994. At its following meeting in July, it might consider another big raise.

These were the largest cryptocurrency values on June 21 at 7:43 a.m. 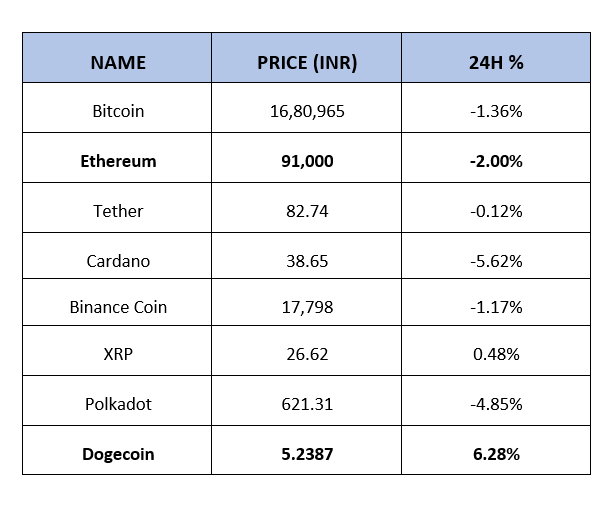 view all posts by admin

The amount of time Jamie Dimon, the CEO of JPMorgan Chase & Co, provides the US and global economies before they enter a recession is

Daily interactions and corporate transactions are being transformed by digitalization, and global financial services will continue to be impacted by developments in banking technology. The

Tens of millions of Americans will have up to $20,000 in federal student loan debt forgiven by President Biden, a move that would offer borrowers